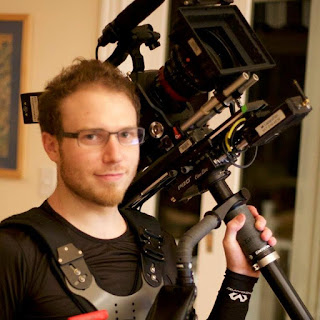 First, my apologies for the delay in getting on with The Indonesian Job series.

The irony of Terjebak Nostalgia is that immediately after it was over, it felt like the best experience in the business that I had in a long time. As I started looking over the production reports and reliving the days, and the lead-up to it, I remembered how challenging it was.

As I've said before on this shoot, it's about the people. Stan, my mentor, used to say that the work is fine, but the worst is when your biggest obstacle is the people you are trying to help. Conversely, there is no challenge that makes a job miserable if you have the right people, and on this shoot, we certainly did.

I tried hard to really evaluate the experience objectively before moving on with the series. As I have said before, I like to keep this blog interesting, informative and entertaining, so I didn't want to move on to the next post until I felt confident I was representing it correctly.

After Day 1, we moved on to filming in Times Square, and then a subway scene for Day 2.

Filming in Times Square involves working with Times Square security, NYPD and unpredictable tourists. I have used Birdman as an example of how we could shoot Times Square, as we were not going to be able to control pedestrian traffic. Our shoot day was a Sunday, which meant more tourists but fewer workers. For the most part, my AD Brian's familiarity with shooting in Times Square made it smooth sailing.

We then moved on to filming on the subway. Getting a permit for the subway is expensive, both because of the insurance requirements and personnel that needs to be hired. I informed the Indonesian creative team that we could film this without a permit, provided they were willing to work within our parameters and deal with what we got on the subway. Between language and cultural differences, I worried about getting this done in time, but, again, not only was it on time but shy of our twelve hour day and they got B-Roll. Another set of scenes that had cost us a lot of worry in prep but that went as smoothly as it could have.

The Day 2 Production Report noted that we did lose some time because of slight incompatibility of our rig with the steadicam.

Steadicam, like hair stylist for Day 1 for Raisa, were things I had repeatedly asked about and repeatedly was told we didn't need it and that Easy Rig was fine. On Day 1, the Indonesian team had felt a little frustrated with the limits of Easy Rig because it wasn't well, steadicam. One of those instances where a low-budget indie tries to get they look they want with something less than they want to pay for it.

After much discussion, we all thought steadicam would be a good idea, and we hired a really good guy named Victor. The Indonesian team was impressed!

Yes, he was good - very good - but that was not why they were impressed. Over and over what I kept hearing back was how much they loved working with  - Chris Pratt.

Victor is pictured upper left, the Parks and Recreation actor lower right, with the sound advice to "be who you are" (and, I suppose, not your celebrity doppelganger). In case you have trouble telling them apart, Victor is the one wearing the steadcam rig.

OK, while I see the resemblance, I didn't quite find Victor Pratt's twin. Nonetheless, he was good at his job, and the resemblance and his work made them happy. Good enough for me. Victor got used to being called Chris Pratt. Below a picture of Victor with some of the crew in Times Square. 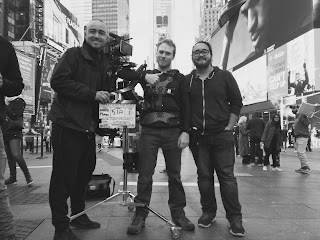 Oh, and one more thing about Day 2. It was the birthday of our production supervisor, Aliki. That may have been one of the few "almost" fails of the day.

Good production people are efficient, and Aliki is very good. She was scheduled to stop by set, then head back to the office. The plan was to get her flowers on set, and both my PM Leigh and two trusted PAs worked hard to keep her there and get her the flowers. Ah, but Aliki was too fast for them, and she slipped away while the flowers were only moments behind her!

As our office was only about 10 blocks away, a PA rushed down with the flowers. Below, me with Aliki and Arneece, our POC. 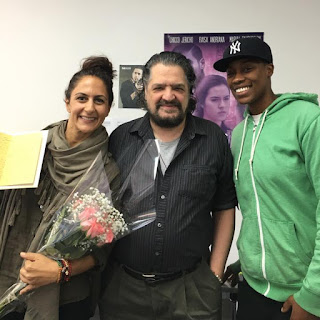