Living in My Oblivion - A Foreword 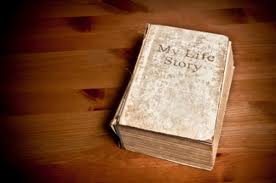 I'm not so sure that my life is all that interesting, but since I cannot see it with any objectivity, I figure I will just put my experiences out there and hope that a morsel here and there are entertaining, informative, or at least insightful.

As I began approaching this, more and more of my past came back. I kept going further and further back to be able to give some perspective. I skidded to a halt at the beginning of college, since this is really where the path begins.

When I write, I spend a lot of time editing. Online posts are one thing, but if I was going to do a series of articles, I had to make sure they were worth your time reading.

I first thought of just doing interesting anecdotes from movies I worked on, but as I started putting it together, it began to dovetail with something I’ve been working on – a book about a life making indie/low budget films.

Here is where we get into the problem.

As the quote above suggests, when approaching something like this, my biggest fear is a term like “autobiography”. In the me-crazed, reality-television, myspace/youtube world we live in, the idea seems to be that not only are each of us entitled to Andy Warhol’s 15 minutes, but also a blog, a website, and maybe a movie-of-the-week.

Cristine Vachon wrote a great book about doing what I do – line producing and producing films. Its called “Shoot to Kill;” inspired by the name of her production company, Killer Films. It’s perfect and brilliant. I always thought: “gee, she’s done more than I have, who cares about what I’ve done?”

My fear here was that, really, why is what I do more interesting than what anyone else does? Sure, these stories are funny to people I work with, but will people here care? Is it pretentious of me to think they will?

The only way I can do this is to put things in perspective, so some chapters may not be as funny or interesting as some of the better stories I’ve shared. I also have a brevity problem – but if know me, you know that.

I hope the overall effect is one that will not be about me, but about a way of life, with some social history for some of the younger people I have the pleasure of working with. I lived through a lot of interesting times working in film, theater and the music industry in NY, and it starting college radio at the beginning of the punk movement.

Where there is name-dropping, hey, these are not brag posts, Anyone who does what I do has worked with name actors, directors , etc. It just goes with the territory. It doesn’t mean these people are my best friends or I get seats to the Oscars (or even the Indie Spirit Awards). As Joan Cusack says in “Working Girl,” : “Sometimes when I’m at home I sing in my underwear. It doesn’t make me Madonna.”

To those who read it and think “eh”, well, don’t say I didn’t warn you.

The title – Living in My Oblivion – comes from the title of the movie that most closely represents the films I’ve worked on – Living in Oblivion. If you’ve seen it, no explanation is needed. If you haven’t, it chronicles the adventures on a low-budget film. Way too much rings true, even where it is exaggerated.
Posted by JB Bruno at 9:29 AM