We were behind schedule, and it was now looking as if we would be going into the third week of October.

We had bad weather, un-cooperative dogs, possessed PAs, wacky lead actors and just about every challenge we needed.

With all of these obstacles, we also needed to do stunts; fights, gunplay, car chases and more.  This was a  screwball comedy about a heist gone wrong with many double-crosses, and most of those ended up with physical comedy and comedic violence.

We had nice actors, but none besides Bobby were seasoned pros, and Bobby was far from physically-adept.

If these stunts were to go well, and work within our schedule and budget challenge, we would need a real pro to help us with the stunts, someone with skill who could work with people without physical skill, someone who could give audiences a thrill without giving the AD a heart attack, someone who embodied a daredevil with unquestioned safety.

We needed a hero.


He rode a motorcycle, not a horse, but he rode to our rescue and his name was Shane.

His bio starts, "In 1982, a young man named Shane "Butch" Grier saddled up his motorcycle, cleared his bank account ($200 in cold hard American cash), and drove 1563 miles from Tulsa, OK to the Big Apple to pursue the stunt end of the film and television business."  The logo for his company, United Stuntman's Association, Ltd. (USA) had a representational American flag, and that logo was on the back of his denim jacket.

Every question from him ended with "Sir", and every greeting from him came with a firm handshake.  He had a young son, maybe 10 or 11 years old, who rode behind him on his bike, and looked like a mini-me version of him, complete with the hero stance; arms folded or at his hips, shoulders square, head held high.

When the kid would stand by the motorcycle and refer to his dad ("You have to ask Shane") it was like right out of the movie.

He worked with another guy Michael who everyone called Critter.  Together, watching them set up stunts in a scene, making complex choreography look simple, was pure art.  They would assess what the actors could and could not do, and make the most of it.  Matt and I would have suggestions (Matt with principals, me with background) but when we were on stunt days, it was his show.

While I loved Shane most of all, let me say this about stunt people.  In all my years in the business, I've worked with tons of people in every department, and, as in life, some are better than others.  Some are lousy in their jobs, or can be difficult or rude or have a bad attitude.  That's just life.

Not stunt people.  I've never met a stunt person I didn't like, who wasn't professional and courteous as well as good at their job.  The irony is that for all the daredevil stuff they pull off, and all the risks they take, no body is more serious about their work or about safety.  They have to be, or people get hurt or even killed.

One of the biggest challenges of complex stunts and fight scenes is adrenaline.  In the times I've heard of actors being hurt on set - and crew people have told me some gruesome stories - it always involves an actor who, after having been warned of how to do something safely in rehearsal, gets his adrenaline going and tries something extra during a take.

Shane and Critter knew this, and did a good job of keeping the tone calm on set.

One of my favorite days with them was a day we were blocking a car stunt.  We needed someone to sit in the car next to Shane as he did the stunt for the first time for camera blocking, and my actor's stand-in looked a little afraid.  I volunteered.

Before you think this is where I tell you what a brave soul I have, let me preface by saying I think I only have been on a roller coaster once, and I guarantee you my eyes were closed the entire time until I faked being brave at the end.  I'm terrified of heights, cannot walk over high bridges, and look away when a car drives over one that is close to the edge of the bridge.  I cannot even watch bungee jumping, no less would I try it.

However, I felt completely calm with Shane.  He went over how to strap myself in, and then, in the calmest voice imaginable, went over all the steps to take in case something, like a crash or the car rolling over took place.  The list was pretty ugly, and you would think this is where I bailed, but coming from Shane, it was like a stewardess asking you to turn off your electronic devices  - just part of the routine.

All of the stunt days went well, to the point where we looked forward to it.  Pictured below are Shane (still with mustache)  and Critter today - 20 years later, 20 years older, and they still look like heroes to me. 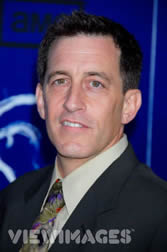 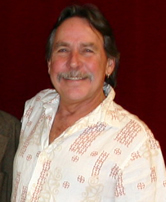 And, yes, I just had to add this - enjoy the Eighties haircuts and choreography.  Shane, this is for you.