An Ace in the Hole 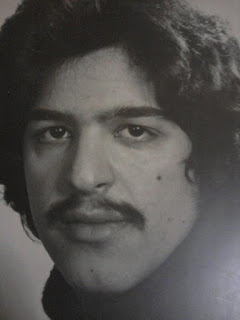 I was preparing a blog post on my first mob film when I received a link from a student filmmaker to a short he wrote and directed.  It seems a perfect introduction to this genre.

The short was the story of a female drug dealer who plays a game of poker with another female customer for money owed.  It's a heads-up match with a male dealer.

The crime drama has always been among my favorite genres.  Those noirs that graced my television in black-and-white were filled with flawed characters, but what fascinated me most was the struggle to have honor in dishonorable situations.  The actors who embodied this most for me as a kid were Bogart and especially Robert Mitchum. 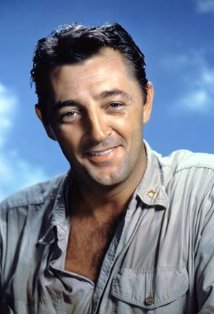 Mitchum's embodiment of evil in movies such as Cape Fear and Night of the Hunter were riveting and specific, not just a monstrous psychopath but one with depth and dimension.  His chiseled appearance, both in face and body, made him the perfect tough guy in numerous films.  The fact that he had once spent a short time in jail for marijuana possession just made him that much more like a real guy than a movie star to me.

Perhaps my favorite Mitchum role was as a former private detective who can't outrun his previous life in Out of the Past.  Much like Jim in Conrad's Lord Jim, fate seemed to toy with him, offering him redemption from past mistakes, only to take it away from him after he had tried so hard to do the right thing. 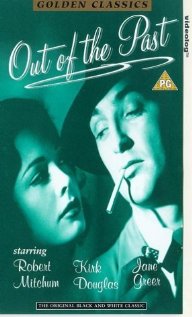 In my early attraction to English in grammar school, the concept of the tragic flaw always fascinated me.  My favorite Shakespeare character was Macbeth, an honorable and valiant warrior who is struck down by his vaulting ambition.  That was the phrase my English teacher, Brother Louis, used - vaulting ambition - and it stuck with me,  After all, weren't we supposed to be ambitious?  Ah, but vaulting ambition, that was different.

Classic heroes seemed indestructible, and even in my youth, I never felt that way.  I was never the best athlete, always one of the last kids picked on the team, the last guy on the bench on my freshman and JV football teams, teams I only made because of my grit.  Yeah, flawed characters I understood.

I also grew up in an Italian-American family, and gambling, cards, etc were part of the culture.  I made extra money while attending my Catholic high school by distributing and collecting money for football parlay cards my uncle would give me.  Kids would bet money, fill out a sheet, and, depending on how many teams they picked - they had to pick at least three but could go for more if they wanted to try big bucks - they could win money.  I'd give the money and the sheets to my uncle, and I would get a cut, a small percentage of the money bet.

If you grew up in a working class Italian and Irish neighborhood, this seemed normal.  My grandmother played the Brooklyn number (based on the last three numbers of the race track handle) with the local grocer.    None of us knew real criminals, just small time people getting by with a little hope for the something better.

My favorite columnist was Jimmy Breslin, then with the NY Daily News, pictured below. 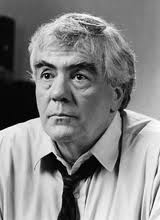 Breslin was a crafty and skilled writer who looked like a regular guy, a little overweight, a NY accent, cigar in his mouth and shirt unbuttoned at the top.  He was one of us.

He always wrote from the perspective of the average Joe, including a beautiful piece after JFK's assassination from the point of view of the guy who dug his grave.  He wrote about mobsters real and fictional; the fictional mob boss Un Occhio allowed him to tell stories he heard from his mob informants without using real names.

When I entered a speech competition in high school, my choice to read was entitled Death Waited Here, and started with the line, "Five crosses, five crosses whose shadows lengthen in the evening sun.  Their presence announces that death waited here."

My first short screenplay in the NYU intensive class I took after my operation was about a bookmaker who had gotten in over his head.

When I saw an ad on Craigslist a few months back for someone to play a poker dealer, I was intrigued.  I certainly played my share of poker over the years, and knew how to deal.  I flirted with acting early in my career, but decided that the world could survive without one more mediocre actor, and so I moved to the production side.  I did pursue it long enough to have my photographer girlfriend from college, Sheila, do headshots for me.  One of those is above.

Clearly, pretty boy roles were not going to come my way, and even if had the perfect features to play them (I didn't) , I don't think I would have sought out those roles.  I didn't know those folks.

I did play Jesus in a comedic play my friend CK directed in the late 90s.  The play, written by an established TV comedy writer who was friends with CK, was about a talk show that had Jesus, a hooker (played by Natasha) and a gambler.  I actually lobbied CK to play the gambler, but he insisted that of all the people he knew, I was the one "who most seemed like he thought he was God."

It was scary doing a live stage play where I had to remember a lot of lines for the first time in a long time.  No second takes, no pick-ups.  I coached acting, and coaching is nothing like acting.  I can see very quickly what an actor brings to the table in a scene, and see how to get more out of him or her.  That is very different from doing it yourself.  This is why I always called myself an acting coach and not an acting teacher; everything I gave the actor came from the actor themselves.

In preparing for that stage role, I decided that I had to take a decidedly un-God-like approach.  Playing against text always adds dimension, so I decided on a Jesus who had done one-too-many talk shows, was bored, and a little snippy.  As much as I think I did a good job with it, it was still odd to watch myself on the tape of the performance later.

Now, many years later, this really nice film student named Gabriel met me for coffee where we talked about the role of the poker dealer, and the game itself.  I think he knew it mostly from television and home games, and wasn't familiar with how the game would be dealt.  We talked about it, a little about who the character was an his relation to the two female players, and how he would deal.

Gabriel is clearly one of those directors who thinks he will get more out of actors if they don't know the whole story, because he never gave me the entire script - just my scene.  He kept saying he didn't have a chance to write out the translation (he is French), and I now think that was a ruse to keep the rest of the script out of my hands.  I was amused when I saw the final product, because I never knew one of the characters was a drug dealer.  I don't think it would have changed how I played it, but it certainly didn't hurt.

I was in and out in about an hour and a half - I'm very thankful to Gabriel and his friend who was helping light for that.  He was organized and knew what he wanted.  Oh, Gabriel, if only more of my directors were like you!

I don't expect the final result to have my cell phone buzzing from agents, but it was a lot of fun and I'm really glad that I did it.  If I am ever given a mob film like the ones I worked on to direct, I think I might find a very small character just like this to play in a cameo.

One additional note - I also didn't know the title.  I haven't asked the director if he knew the title was shared by a noir by one of my two favorite directors, Billy Wilder, featured another flawed tough guy, Kirk Douglas.  I'll chose to think it is a happy coincidence.

Even in my radio days, I always hated my voice.  I am thankful this film required no lines on my part.

Below, my latest (and hopefully not last) stint in front of the camera.

The password is coutou. Please respect as it is otherwise private.

Email ThisBlogThis!Share to TwitterShare to FacebookShare to Pinterest
Labels: Cape Fear, Death Waited Here, Jimmy Breslin, Macbeth, Night of the Hunter, Out of the Past, Robert Mitchum