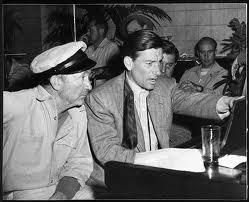 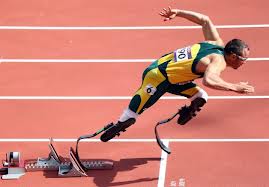 While I have been following the Olympics, I have tried to avoid the hype around it, especially NBC's attempt to make every athlete a human interest story.  Comic Andy Borowitz summed it up with his faux news report - "Athlete without compelling personal drama expelled from Olympics."

So it was that I had (happily) missed the idiotic controversy about South African runner Oscar Pistorius, a bi-lateral below knee (BK) amputee who used prosthetics to compete in the (not Special) Olympics.

Anyone who has followed my blog knows why this would be of interest to me - I am a BK double amputee and get around with standard prosthetics, as well as a  cane .  For those who need any background as to whether Pistorius had an unfair "advantage", let me assure you, he did not.  Even the advanced prosthetics he used to compete are a strain beyond what using your natural legs would cause - a single amputee uses three times as much energy to walk as a non-amputee.  So, no, it was not an advantage.

I have to find the issue of an advantage humorous, as amputees are often referred to as "disabled," so it seems we are both disadvantaged and advantaged at the same time.  Interesting.

All of that said, it reminded me of my experience in this business, being a person who walks in for an interview with a cane.  Let me tell you - no one ever took one look at the cane and said "wow - what an advantage to have this guy!".

My prosthetics are cosmetically correct, so without telling someone, most would not realize they were artificial.  The assumption would then be that either I had some temporary injury, or some permanent condition that made it hard to walk, both of which would be incorrect.

After standing on artificial legs for a long time, the stump that goes into the prosthetic gets sore, much the same as your feet or legs would get tired.

All of that said, I have always made a point of telling potential employers my condition, usually adding the joke, "I can't run with PAs - but I can trip them."  As most of my career in this industry has been since my operation, I would say I have been able to overcome any reservations most people have, though I am sure that I lost jobs here and there because of it.

An interesting effect, though, is that even when I was working in my late 30s and early 40s, I was treated as an elder statesman.  Now, this is a young person's business, but even by our standards, I wasn't old, all of which got me to thinking of Walter Brennan.

Brennan was easily one of the most respected character actors of all time (he is the only actor to have three Best Supporting Actor Oscars), certainly of the Studio era.  My favorite portrayal is probably from the movie pictured above, To Have and Have Not, where he played Eddie, Humphrey Bogart's boozy sidekick.  He played similar characters often, notably Stumpy, a boozy sidekick to John Wayne in Rio Bravo. 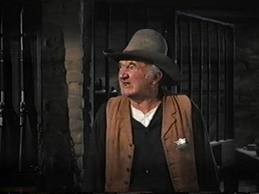 People of my generation probably knew him best as Grandpa on The Real McCoys, which is appropriate, as he was playing characters named "Gramps" or something similar even when he was relatively young.  To many movie-goers, there was no "young" Walter Brennan, and this was not a coincidence.

He lost most of his teeth in an accident when he was only forty; additionally, his friend, sound recordist Jack Foley, suggested when he was playing one part that he put a pebble in his shoe to give his character a distinctive limp, and he kept that affectation for many years and in many (though not all) parts.

I could regale you with stories of my other favorite Brennan roles - there are so many - but then I would be missing my point.

Because of a perceived disability and an accident, he was seen as "older" even when he was, in fact, middle-aged for many of those roles.

In thinking about it, my use of a cane over the years may have led to a perception of me being older even when I was not.  I, at least, prefer to think it was that and not the fact that I was cranky.

Like Brennan, I eventually grew into my age, and at fifty-four, have enough of the gray hairs to justify the older designation.

As for Pistorius, he finished last in his heat, simultaneously proving that he did not have an unfair advantage and proving to the haters that he should not have been allowed to compete because he was not as good.  Too bad he didn't have a cane; he could have tripped them. Now, that, would have been a real advantage.

Pistorius will get another shot at a medal as part of the South African relay Team.  Video also added below

Email ThisBlogThis!Share to TwitterShare to FacebookShare to Pinterest
Labels: Andy Borowitz, Humphrey Bogart, Olympic runner with artificial legs, Oscar Pistorius, Rio Bravo, The Real McCoys, To Have and Have Not, Walter Brennan

JB, that tripping bit was really funny. Now since I know you personally and see, speak, and work with you regularly, I can attest to that fact that you have never tripped anyone on set in my presence. I do agree with you; and solute you, him, and the example you both set for so many.