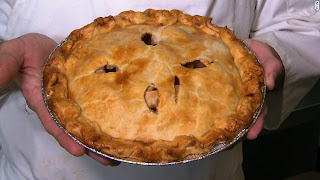 When I rebooted this blog, I said I would not be a slave to a timeline, and there is a current news article on CNN that relates to my somewhat more recent past, as well as the state of the industry.

From late 2000 until it's end in 2001, I had an all-too-brief time as Operations Director at Gun For Hire, the production arm of Shooting Gallery.  Shooting Gallery was the a success story that should have been - a group of indie-minded film people who produced films like You Can Count on Me and Sling Blade.  Like many stars that burnt brightly, it burnt out in 2001.

When we get there in the timeline, I will talk more about my time there.  For now, there is a Village Voice article from the time that talks a little about how Shooting Gallery finally closed its doors.The Shooting Gallery 1991-2001.  This should provide a little background.

Shooting Gallery represented both the promise and the grim reality of the indie film world, in many ways it was the like a story of a rebel who shoots to fame, but who the powers-that-be that promote him finally shoot down.  In other ways, its about over-reach and, pardon the pun, shooting yourself in the foot.

None of that was because of Dave Tuttle, who ran the very successful - and profitable - production arm of Shooting Gallery, Gun For Hire.  We had everything from production offices for major films to one of the best post facilities, and the most talented post people in New York.  Dave Tuttle was a former producer and line producer who conceived and led  Gun For Hire, and there wasn't a person who worked for him who didn't rave about the experience.  He disproved the idea that good guys finish last, or that you could either be good and efficient or a nice guy.  Dave was both, and in late 2000, he hired a guy who had been through the indie line producing wars and was ready for a "real" job - me.

I was almost 43 then, and probably older that what the position suggested.  Dave didn't care; he saw what I would bring to the job.  Ageism - and every other ism - is alive and well in the film business, but Dave looked past it.

As I said, my time there deserves further study in a later post, but I'm writing this now because Dave was recently in the news, in that  CNN report.

No, it wasn't in the entertainment section - it was the "eatocracy" section.  Dave now makes a living baking pies.  Laid Off Producer Becomes Proud Pie-Maker.  I encourage you to check out the article.

The story chronicles how in 2008, the economy and the state of the film business hit one of the more talented people I know, and Dave was laid off, and after about a year, still didn't have a job in the business.  He brought a home-baked pie to a dinner party, people started requesting pies, and a new chapter in his life was born .

Dave's Homemade, which is his business now, is doing quite well, as the article chronicles.  He has also gotten some really nice write-ups, including one in the NY Times.  And Now For The Pie

Don't feel bad for Dave that he isn't in the film business right now - and may not go back.  Every picture I see of him, every post on Facebook, he looks incredibly happy.  I know we used to talk about the burn-out factor of line producing, and I can tell you that you don't see smiles like that every day going over production reports.

For me, the sad thing is that we now have an industry that couldn't find a place for a guy like Dave for about a year, regardless of what the economy.  Dave is certainly still the winner he always was, but I feel the industry is losing a lot of people like Dave, people with talent that isn't being infused into the industry.

For all of that, let them eat cake - or pie, as the case may be.  Dave is still local, but those in the Hudson Valley of New York can find his wares at the Peekskill Farmers Market Saturday from 8AM-2PM, or can order them from Garrison Market, 1135 Route 9D, Garrison, NY; 845-424-6300 or garrisonmarket.net.  Open daily, 7AM to 6PM.  His pies can also be found at a place called Grouchy Gabes as well.  For those not in the area, I don't know if they ship.

Consider this a shout-out to- and a shameless plug for - one of the best bosses I ever had.

MISFIRE:The Rise and Fall of Shooting Gallery, is a documentary that will open soon, showing both that company's promise and how mismanagement (not Dave's) lead to it's demise. Dave Tuttle is one of the people interviewed for the documentary. I will do my post on my time at Shooting Gallery before it opens.