Producers Can Bake - To Help Others 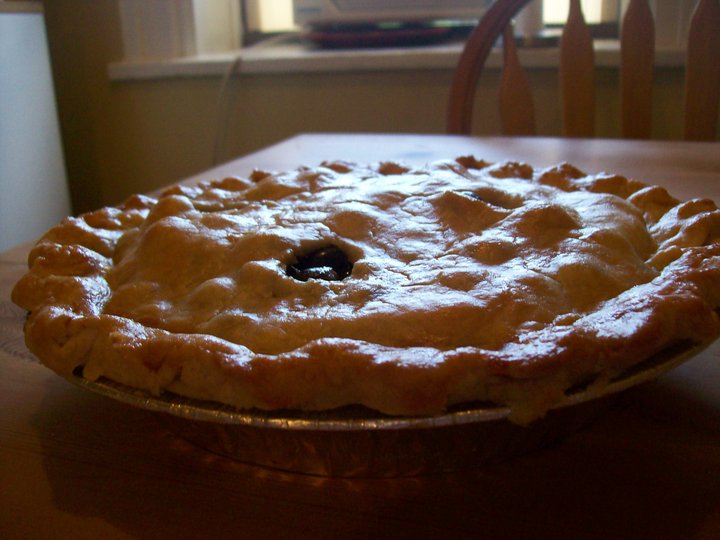 Back in March, I told about an old boss of mine, Dave Tuttle. Dave had a long and successful career as a line producer before becoming a key figure at Gun For Hire, the production arm of Shooting Gallery, and a big part of that company's success (and no part in the part company's subsequent failure).  Dave will be featured in a documentary about Shooting Gallery's meteoric time, titled Misfire: The Rise and Fall of Shooting Gallery.

" Dave Tuttle was a former producer and line producer who conceived and led  Gun For Hire, and there wasn't a person who worked for him who didn't rave about the experience.  He disproved the idea that good guys finish last, or that you could either be good and efficient or a nice guy.  Dave was both, and in late 2000, he hired a guy who had been through the indie line producing wars and was ready for a "real" job - me.

I was almost 43 then, and probably older that what the position suggested.  Dave didn't care; he saw what I would bring to the job.  Ageism - and every other ism - is alive and well in the film business, but Dave looked past it."

I also said that Dave was the best damn boss a person could have.

This post adds little to the film part of the story - my apologies to those who only come here for indie film stuff, which I usually try to provide. It does talk to that great boss - and person.

As that article and a CNN report told, Dave now makes a living selling pies. It does well for him because he makes great pies with a lot of love, but certainly has not made him rich.

Thanksgiving is without a doubt the biggest time of year for pie makers, the time when their steady flow of income becomes a flood of income that will cover the slow times for a small business owner.

At a time when others would be cleaning up - and who can blame them - Dave decided to give back. While this should not surprise anyone who knows him, it is more than a token gesture. It gets to the heart of giving.

"After speaking with friends who brought meals to those so severely affected by Hurricane Sandy and her aftermath, I decided that I too must reach out to those who lost so much and still lack the basic necessities including daily hot meals and comfort food. I have decided not to bake pies for sale this Thanksgiving, instead my family and I will bake as many pies as we and deliver and serve them on Thanksgiving Day to our neighbors in need. I know many of you may be disappointed that you will not have your pies on your Thanksgiving table however I feel this is something I must do. I am thankful for your continued support and thankful that I can help those in need of comfort."

Dave lives in Upstate New York, and had friends and neighbors who were hard hit.

On Thursday, though, Dave will be venturing from home to donate some of those pies he is donating to a warming tent in Far Rockaway.

I was displaced for two weeks by Hurricane Sandy. A writer/director friend of mine was out of his home, with his family, for the same amount of time. I know many across the film community in New York who were put out, including a location manager and college buddy who had severe damage to his longtime home. Some are still without power.

Hurricane Sandy was no small inconvenience. Although some would like to act as if it is over, it is not for many of my colleagues, not to mention so many others.

As heat and hot water have not returned to my place, I'm writing this from the home of a long-cherished colleague and crew member, who has generously opened up her home with no reservations for me. For all the pain this storm has brought, it has also brought out the good in people. I have seen so much unselfishness, and it's truly heart-warming to know that those you work with are truly friends.

Here is a chance for you to do something good as well.

Besides  those pies Dave is donating, someone suggested that people could "sponsor" pies, so as to help even more people.

Dave posted how to do so below. If you can find it in your wallet and in your heart, I hope you do so. It's called comfort food, and many people can use a little comfort this year.

I will try to spend part of my time as a volunteer for those displaced.

May all of you have a wonderful Thanksgiving.

Hello Friends, What a great idea, "sponsoring pies" -great way to pay forward - over 20 pies sponsored and counting. Many of you have asked where you can send a check for your sponsorship here's the info:make checks payable to Dave Tuttle, 94 Grand Street #5AA, Croton on Hudson, NY 10520 . We are all in this together!