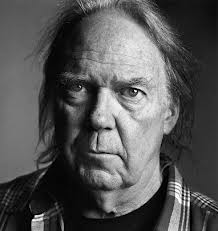 Neil Young wrote that when he was not even forty, in fact, still mid-thirties, in response to feeling that maybe his music was outdated in the face of the growing punk movement.

Young has always had a fixation on age, or maybe he was just more open about it in his writing than others. Aging is a fear for most people, but for artists, there is always the fear that the red-hot flame that burned brightly is not quite as bright.

Most people just call it simple mid-life crisis, but artists, well, we have to make it more existential, don't we.

In the famous Saturday Night Live skit, "Don't Look Back in Anger" (actually one of the Schiller shorts), an elderly John Belushi visits the graves of his fellow Not Ready For Prime Time players; ironic, of course, because of his opening:

"They all thought I'd be the first to go, because I was one of those, 'Live Fast, Die Young, Leave a Good Looking Corpse' types. I guess they were wrong."

When I watched it again recently, it really struck me, not because of the irony that Belushi actually was the first to go, but because my father always used that line. My dad didn't accomplish what he set out - he struggled with cancer for years before he died.

I have joked for years that I'd screwed two of those things up as well.

Neil Young's lyrics seem to me less about literally dying - though it has certainly been used that way over the years - than about being relevant as an artist. Is it alright to just linger and not lead? If Young felt that way then, one can only imagine how he feels more than thirty-five years later.

For me, now, there is a two-fold question: what have I accomplished, and just how relevant am I?

If you haven't already guessed by now, this is a birthday post. I will turn 55 on Christmas Eve 2012 (tomorrow, as I write  this).

As for the first question, if you were to ask me what I've done that's important, I would hope it was the influence I've had on younger people I've worked along side. Besides a stint teaching at New York Film Academy, I have always tried to mentor younger assistants, interns, and the like. I think it is part of my responsibility, all of our responsibility, as artists, because none of us can truly say we didn't have someone do that for us. I don't kid myself that I am the reason any one person will make it in this business, but I like to think a number of people have a little more skill and a little more insight because they worked with me.

Along the way, I've certainly had an influence on some projects I consider important, projects that fill me with pride. Still, the cynic in me says all of those would have gotten done without me.

I am currently in a phase where I'm trying to focus more on my writing than production, and hopefully, I still have a mark to leave there.

The second question is harder for me; how relevant am I?

Hey, you combine holiday blues with angst of a birthday, and it can get pretty dark, you know?

The indie movie business that I have been a part of is at a crossroads, and many of us feel the sands shifting under our feet. I used to have a template for post production; now, its more like a proverbial Chinese menu, with one from Column A, and two from Column B, or maybe the other way around, or maybe some different combination.

The same is true of equipment and crew size; there is no doubt we can certainly do more with less in both areas, but can we do it and maintain quality? The logical answer is yes; but I'm not sure we are always accomplishing it.

I remember talking about a certain project recently, and thinking how the HVX-900 might be the best alternative, because it was often preferred for those doing a lot of hand-held because of it's balance. Then, I had to remember, I should be thinking of the HDX-900, it's newer counter-part, because few would chose video when they could go digital.

As I read the articles that constantly suggest that the digital cameras that were the darlings of cinematographers in the Spring seem dated by the Fall, I feel like we have truly reached that perfect Apple world, where, by the time you get this model computer out of the box, it's obsolete.

Obsolete. Now, there's a word that scares me just a bit, and I'm not thinking of equipment here.

I'm a practicing Zen Buddhist, but Sunday mornings for me is still a time I dedicate to practice, whether it be attending a service at a temple in Brooklyn, or dedicating a few hours to meditation and Dharma talks online. This post is an extension of that practice today. While I knew I had to write it from early this morning, I have let the words and themes come as I wrote it, not pre-determining how it will end and where it will go.

If I dig myself out of the birthday blues long enough, I can objectively see that the sands are shifting for everyone, and those younger don't have the perspective that time and experience brings.

Over the past year, I've spent more time keeping up on changes in the technology, not to mention distribution and all the rest, than ever before. I go back to some people I consider truly vanguard, like producer-turned-San Francisco-Festival-Director Ted Hope, but also, I try to listen to young people who keep up with this sort of thing.

Listening. It's an important skill. Actors are taught this early on; the good ones excel at it, the mediocre ones never get it.

I like to think that when I prepare a budget and/or a battle plan for a project now, I am taking into account the needs and limits of both people and equipment from past experience, and the possibilities of what lie ahead.

Sand shifting beneath us didn't start in the digital age, though it seems to be shifting faster now. I often refer to  a quote by the great John Huston who, upon seeing Jaws, said that was the way he should have made Moby Dick. When told that the technology didn't exist at the time, he brushed it off, insisting, "We should have created the technology."

That quote fills me every time I am faced with a dilemma or challenge whose answer doesn't come from my experience. It's alright to look back, as long as you don't keep your head in that direction for too long, and, to borrow from the aforementioned skit, we don't do so in anger.

As the date of my birth tells you, I am a Capricorn. One of my favorite horoscope parodies for Capricorns is that we're not stubborn, we just know we're always right. There's a lot of truth in that. This is a business that requires ego if you are going to survive and get past all the doubt that the barrage of problems, miscues, and disappointments that are inevitable in a world where you are in some ways constantly reinventing the wheel.

I started to write that I am sorry if this post is even more schizophrenic than most, but that isn't true. I've come to take that as part of my prose writing style (it doesn't serve as well in screenplays). One of the advantages of getting older is you become a little more comfortable in your (not as taut) skin.

For all those days when I feel burnt out, I'm determined not to fade away.

Below, a link to the Belushi video.


N.B. Very sorry for those looking for a review of the new David Chase movie.

Email ThisBlogThis!Share to TwitterShare to FacebookShare to Pinterest
Labels: aging as an artist, better to burn out than to fade away, birthdays, John Belushi, John Huston, My My Hey Hey, Neil Young, turning 55

Happy belated birthday! And yeah,I think we can all agree that getting older sucks the big one.