PREVIEW: The Beginning and End of the 20th Century 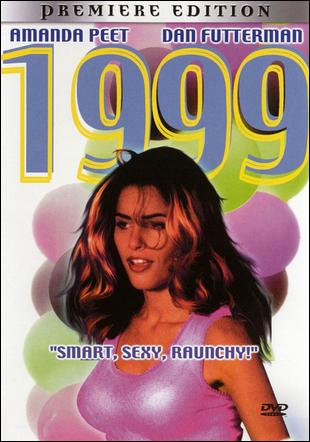 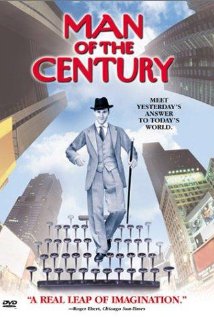 So far, this blog has gone from my college and theater days, to my introduction to film, through the films of the early Nineties that formed who I would become as a film professional. From there, we looked at some missed opportunities, establishing how I would work, my introduction to Reality TV and Taxicab Confessions.

Because I was determined to not let sequence get in the way of staying relevant, we have occasionally jumped to the present, which I think helped put some things in perspective.

We now enter 1996 and 1997 and two films that, ironically, have subjects that bookend the 20th Century. The first one was 1999, a film I took over as First Assistant Director. The story is about a party on the eve of the New Millennium. We shot on 35mm film, but also on 8mm to represent home movies. The second was Man of the Century, a musical that deals with a contemporary man who lives like it is still the Roaring Twenties. We shot this in Black and White, to get a feel for the era.

In order to show the ups-and-downs of the business, I have shown production with all it's warts. In order to not be one of those people who trashes others, I have, for the most part, avoided using real names where calamities were involved.

On these two films, I can actually use real names, because, while there were certainly challenges, they were both very good movies with very good people.

The films, together, brought beginnings and endings. I met Brian, who would be my 1st AD for many features  , on the set of 1999, where he was the 2nd AD. Brian and I still work together today. Man of the Century would be the last film that I got to make with Stan Bickman, my mentor.

1999 went largely unnoticed, though it featured a number of huge future stars. Man of the Century went on to win the Audience Award at Slamdance.

As I was line producer on Man of the Century, I can take a little more credit for the movie we made than 1999. I was as proud of what we did with Man of the Century as any film I ever made, and, with all due respect to other filmmakers I have had the pleasure of working with, it is the one I point to when people ask 'just how good can a low budget movie be?" This includes a film I later produced and co-wrote.

These are two films I've been waiting to discuss, and I hope it will be as much fun for you as I know it will be for me.

The last few weeks have been spent rewriting a horror film, so I haven't had the time to do the blog properly. In the past, I sometimes rushed posts, and, if I am honest with myself, I was not as happy with the writing as I could have been.

For those who began their careers in the past decade or so, these films are probably not on your radar. They should be. Both are quality projects with great directing, great casts, and fun scripts.

This was Nineties indie film-making at it's best. Enjoy.