Back In the Saddle -- The AD Life

I was riding back from a shoot on Long Island last night talking to the one PA (one other got sick) we had on a short film on which I was the First AD.  The producer who hired him told me he was "great!" Since I had never worked with this producer, it could have either meant he was great, or that she and I had a different idea of great. I had encountered both situations.

Luckily, she turned out to be a very good producer, who put together a talented and friendly team, and she was very right about this PA. As I've taken to doing with talented people coming up in the business in production, I asked him what he wanted to do moving forward. He gave the right answer - he didn't know - but said that next year would be the year of him trying out new positions. Then, he asked about how I liked being an AD, and it continued a thought that has been going for a few months now, where I have found myself working more as First AD than producer, line producer or UPM on web series or shorts.

Sometimes I'm glad that I let a blog post "simmer" for a while. I had draft of two posts; one on the good people I've had the good fortune work with over the past few projects, and one on returning to working more often as an AD, something that was not a plan but for which I'm thankful.

This post allows me to deal with both as well as my conversation with this young man.

One of the things I love about the film industry is its unspoken tradition of mentorship. Just yesterday, watched as the First AC showed a new 2nd AC about slating and coiling cable, among other things. I see it all the time in G&E.

Sure, it happens more often on low budget shoots, but it happens, to some extent, on every shoot. Someone is always stepping up, and there is a first time for that step up for everyone.

One of the things that impressed me about this young man was that he recognized these things even in his time as a PA, from learning walkie lingo to the first time he had to drive a cube truck in the city and more.

The First AD's first and foremost responsibility is to make the day, though that does not mean it is  the only responsibility.  No two ADs do things exactly the same. While that can make the shooting hours more stressful, there is a certain sense of "resetting the clock" at the end of the day, being able to put that day aside and start (the fight) fresh the next day.

As producer, I don't have that moment-to-moment stress, but even when the AD has called camera wrap, there are all sorts of concerns that remain, mostly tied to the budgets, logistics, and often the politics of multiple producers, and dealing with director and creative staff demands. Art department wants more money, the location manager informs you that a date change has caused a key location to fall through, and the DP is asking again about those anamorphic lenses for a small coming-of-age story; and let's not talk about agents.

This Saturday, Christmas Eve, marks yet another turn around the sun for me (as the vaudevillians would say, and, boy, are my arms tired), and while my soul has developed callouses from the stress of producing and line producing, my body has been reintroduced to the physical grind of long hours on set, sometimes in punishing weather conditions. As producer, I can duck into holding or retreat to the office.

As my longtime AD collaborator, Brian, once said in a cab ride home with me, "JB, it's a young man's (or woman's) game."

At the end of the day on set as AD, I now feel like John Wayne astride his horse in his last picture, The Shootist. Yes, the saddle feels familiar, but a day of fending off bad guys (or less than accurate time estimates from, say makeup, uncooperative light switches, uneven terrain and an annoying lack of daylight) takes more of a toll than in my early days of doing this. 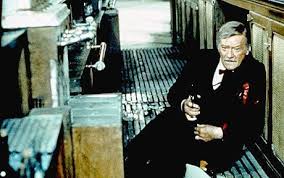 However, those touches of gray around the temples and lines in your forehead give you a little credit for experience, and on the shoots over the last few months, I have relished working with smart, creative and talented up-coming directors who were anxious to take advice, and the feeling of watching them grow right before your eyes, knowing maybe, that you imparted some small thing that they may take with them; well, it makes it all worthwhile.

Did I mention appreciative? When genuinely offered, hearing "thank you," well, that is something that does not get old.

The nature of producing, and especially line producing, where it seems your vocabulary is often limited to one word, "no," does not lend itself to offering of thanks in the course of a day.

However, from the director and producer (and crew yesterday) back to all the directors I've worked with the past few months, and most of the producers and crew, they have been people willing to put in the hard work and fight right alongside you.

Remember my last post about directors who really were willing to put in the work of directing? The producer on this shoot was up for two days straight prepping it; the director drove the van for all the pickups and drop-offs. On a previous shoot, the producer also was at the front of the line loading the van, the writer outside in the cold fire-watching the truck, the producer's Mom making tasty, authentic Dominican food for the crew with great flavor and a lot of love.

So it was on the hour-plus van ride home yesterday that I shared some stories about working as both an AD and producer for this young man. You've read most of them here, so I won't repeat (yet again). As you might suspect, the name Stan Bickman came up a few times. Who knows what path this young man might take next year, or the year after that one. I'm pretty sure I will be there for some of it, as I plan to hire him again.

A lot of downside and stress and aggravation in this business. Seeing talented people move up the ranks and gain more confidence? Priceless.

Now, off to a birthday celebration, where, as you might imagine, there will be producers and ADs, and some who do both.